Shimmering and textural with a disarming lyricism at heart, the trio guide taut instrumentation into a wide open chorus that swings for the roads of The River era Springsteen or Echo & the Bunnymen circa Porcupine. Emblematic of the band’s desire to focus the blurred lines of sweeping alternative pop, ‘Another World’ is raw, resonant but ultimately unresolved; an idealistic appeal for intimacy in an increasingly isolated world.

They recently released debut single “Another World“. We decided to ask Bass-player Joe Macmillan some questions.

Living the Dream by Million Dead. The song of my youth, the perfect blend of glorious vocal hooks and crushing angsty guitars. The best work of current singer songwriter Frank Turner, who I don’t think will ever come close to writing anything that good.

Luv Deluxe by Cinnamon Chasers – this song has such an amazing video. It’s like Smack My Bitch Up meets Bonnie & Clyde but much darker. As well as the clear road trip in the video, the song is fantastically euphoric all the way through, no build ups, just 4 minutes of realising this planet is worth living on!

Circle in the Sand by Belinda Carlisle, hands down. I used to live in a huge party house with one other friend and we’d leave all the cleaning to one day in the week. We’d end up putting on 80s pop classics and spending 3 hours drinking and singing along. This was always the climactic banger!

Being from Stoke on Trent, England, we’ve got Lemmy (RIP) and Slash was raised there as well. We also have Robbie Williams, but two out of three ain’t bad.

Mumford & Sons – totally overrated! After bringing out two records with only a handful of good songs between them, they seemed to be headlining major UK festivals. I’m often wrong but this time, I think the band and their incessant strumming deserve to be buried deep in the ground and guarded by bears.

Underrated, I’ll pick an Aussie band for the others. DZ Deathrays, great albums all the way through, on a par with DFA 1979, would probably be equally as big if it wasn’t for the MSTRKRFT connection.

How could anyone not say Jay-Z! It would be such a stark contrast to normal everyday life. Plus you’d get to learn all the Illuminati secrets, whilst cuddled up with Queen Bey!

Quite honestly the lyrics I find most beautiful are often sung by Jonsi of Sigur Ros, and most of those are neither English nor Icelandic, simply made up sounds. Nevertheless, they made your hair stand on end more than any cheesy romantic line.

Continuing the Icelandic theme, on a glacier or on a volcano. Thing is we’d have to ditch the three and a half minute pop songs and go a bit more post rock. I’m open to it. 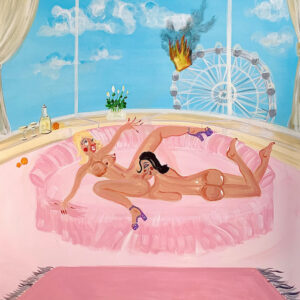 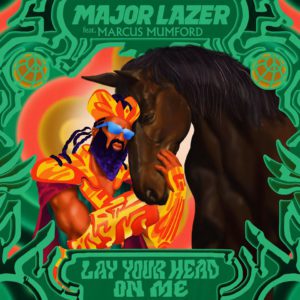 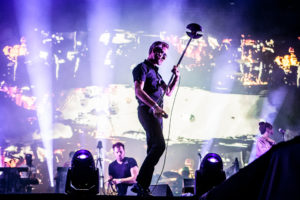