Great Hare is an indie rock quartet from Gothenburg, Sweden. Drummer Lars Olausson, singer and guitarist Kalle Mogren, guitarist Anders Holmström and bass player and producer Berne Randulv formed Great Hare in 2010. They built a small studio to record themselves, searching for melodies and sounds to turn into song. Due to repeated encounters with wild bunnies outside the studio, the band was named Great Hare after a Native American trickster god. So far they have self-released a couple of singles and two EPs. They are planning to release a new EP in fall 2016.

This one is impossible. There’s just too many. But we had a period when we would always end up playing Television’s ”Marquee Moon” in the studio. We had to forbid ourselves from playing it to get something done.

”Ventura Highway” by America is the perfect soundtrack for rolling out from the city. No matter where you are, it makes you feel like you’re driving Neil Young’s car down Highway 1 in the sunset.

The radio! Cleaning is the perfect time to turn the stereo up and discover something new. We like BBC 6 Music, especially Iggy’s weekly show but there are lots of brilliant online radio stations that broadcast new, great music.

”The Creator Has a Master Plan” by Pharoah Sanders gives you half an hour to join the land of the living. It’s great during the day, evening and night too.

We all love Silverbullit. You can spot influences like Neu, The Stooges and Spacemen 3 in what they do but they manage to make it into something that’s just their own.

More people should discover Silverbullit, but they seem to disappear for long periods of time which probably makes it hard. As to overrated, there’s so much music in the world that you can’t dig all of it but it’s OK for someone else to do so. Maybe Kanye West’s talent lies more in capturing the zeitgeist more than music though.

We would wanna be Iggy Pop for a day. Just to see what it’s like to be somebody with that much grace and primal energy.

Blush. We couldn’t honestly say. If one of us have ever used music as a romantic weapon, no one is at least willing to share the moment with the others right now.

Look up here, I’m in heaven/I’ve got scars that can’t be seen/I’ve got drama, can’t be stolen/Everybody knows me now. The last message from David Bowie is so human and universal. His death really hit us harder than we expected.

There’s a festival called Traena Festival that takes place on a small island three hours by boat from the Norwegian mainland. The bands just set up in the natural landscape surrounded by the ocean. We’ve unfortunately never been but would play there in a heartbeat. 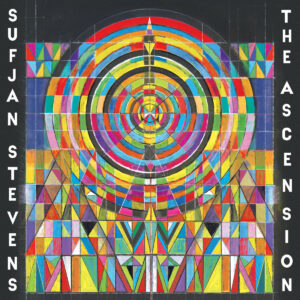 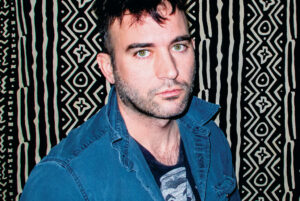 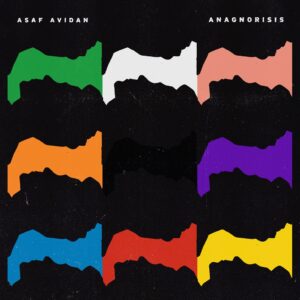