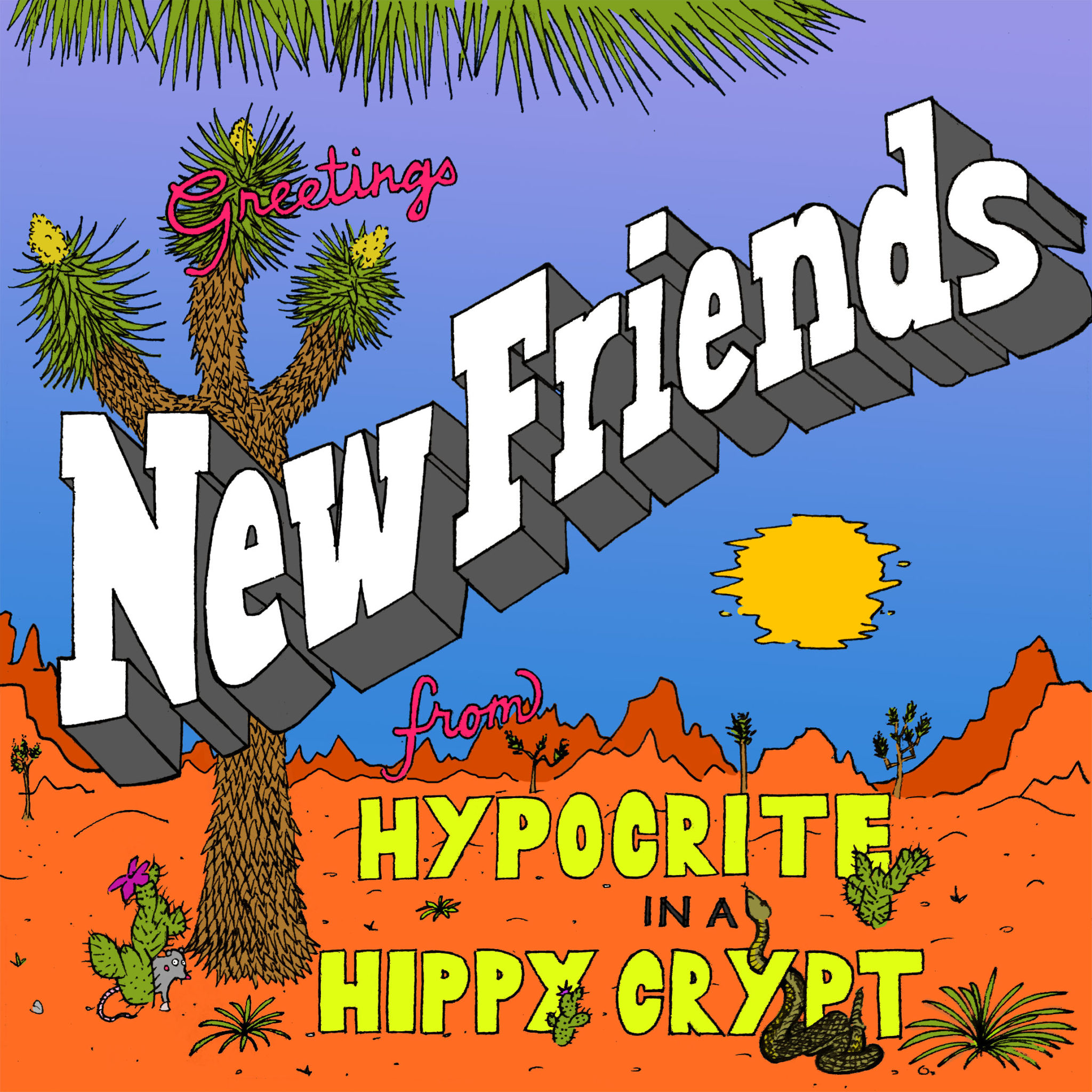 Hypocrite in a Hippy Crypt is a musical project started in Bloomington, Indiana spawned from late nights, pick-me-ups, and craziness. Initially created by a 19 year old loner, most of the songs were written in his basement and bedroom in the late hours of the night. Having started playing the guitar at 12, artists like Elliot Smith, Weezer, and the Beach boys influenced and helped create a distinct sound to the songs. The style has been described as a Lo-fi pop indie sound with a dash of folk, being compared to a cross between John Lennon and Syd Barrett. With a collection of over 300 songs, the album “Tweaker in the Park” was recorded and was picked up by Gulcher records in 2011. A few album releases later, the project is now located in San Diego, California and is getting ready to release a new single titled “New Friends” on Already Dead Tapes and Records.

Probably would have to put “Say At Ain’t So” by Weezer. The song got me into music, guitar, and song writing. I remember the 11 year old me playing air guitar on a yard stick to this and wondering how to actually make those sounds. Here is a link to a demo that lets you listen to it in a different way (more guitar).

Probably all of Highway 61 by Bob Dylan but mainly “Just Like Tom Thumb’s Blues”. The lyrics kind of lay out a weary traveler who has seen far more than he should have.

If I had to pick one it would be the song Ultimate Painting by the band…. Ultimate Painting. I can’t put my finger on it but something about the sterile nature of the guitar riff and melody inspires productivity in me. I have accomplished a lot to this song and the album it is on.

Easily “5 A.M” by Millenium. Its such a peaceful and beautiful song. Sings about the joys of being the first one up. There is an odd loneliness to the early riser that I like.

Sadly no one is from my home city really. Micheal Jackson is from Indiana though. Kinda cheap to use him. Indiana has a lot of big people born there, but no one I really like. People from here include idiots like Axel Rose and David Lee Roth. But we do have some really good indie labels like Secretly Canadian, Jagjaguwar, and Joyful Noise. If I had to pick one band it would be the new band Hoops out of Bloomington. I used to be neighbors with the singer and used to run around with the guitarist as a child. Cool kids who got signed really young. Here is a sweet song by them called “La La La”.

Underrated….. I’m gonna go with the band Yuck. I’ve loved them since they first started putting out music. Since they lost there first singer they can’t seem to get a good review. But I have dug every album they have put out. Saw em 6 months ago and thought it was great.

Harry Nilsson. He was an amazing song writer not only for himself but for other acts as well. He did so much. He wrote a children’s cartoon movie. He did an album of Randy Newman covers. He was pals with John Lennon and they made an album together. Stories exist of him coming to your front door, asking you to hang out, and then three days later you wake up half way across the country in a place you can’t remember. All that…… and he could write amazing songs.

Has to be any song from the album Midnight Vultures by Beck. Screams love making. The song “Peaches and Cream” though…. good god. This song should be echoing from every cracked window on valentines day.

I’m sure most people would answer and say some giant historic venue in LA or something. But for me it would have to be Rhinos in small town Bloomington, Indiana. It is a really small all ages venue but some of my greatest memories are from there. One time my friends and I skipped school and had one of our dad’s drive us across the state to see the band Islands play a show on a Monday night or something. Pure magic. Playing there would be full circle to me.