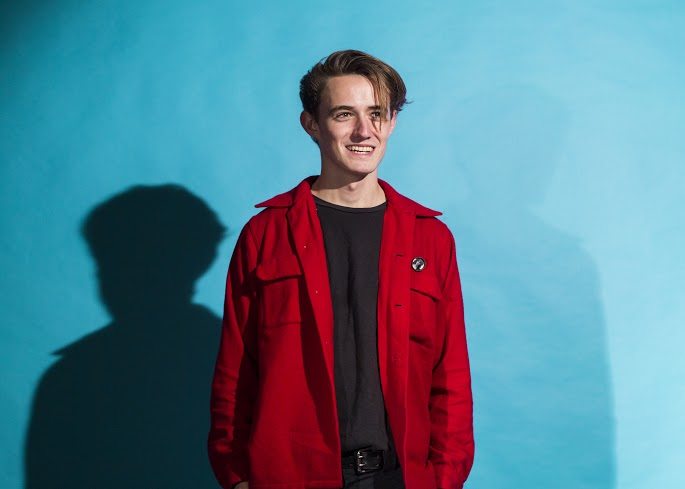 Max Gardener is an 18 year old musician who has written, performed, recorded and mixed his first two albums, Fear of Mirrors and Memory Lounge. Originally from Long Beach, California, Max moved to San Francisco to study at San Francisco Art Institute and is still there and manages to continue to write and record music frequently. Max Gardener is similar to Mac DeMarco and DIIV.

I think for now it is a tie between “Five Years” by David Bowie or “Goodbye Yellow Brick Road” by Elton John. Those songs are amazing, the cover art is great and you could play those songs over and over whether you are alone, or with friends, or are drunk, or sober, or lonely, or anything. Those songs are just great creations that will live with me forever.

A lot of George Harrison’s solo stuff is great for road trips but I think “Two of Us” by The Beatles is a great road trip song, or “Riders on the Storm” by The Doors if you are in the desert at night.

“Grazing in the Grass” by Willie Mitchell. It is an instrumental song that is upbeat and very light, makes me feel productive and content. It is Sunday music really.

I always like waking up to “Here Comes The Sun” by The Beatles. It is such a happy song that waking up to it usually makes me pretty happy to wake up. It’s a soft enough song that makes you look forward to the day rather than being like “shit, now I’ve got to get up”.

I think my friend Shane who has a project called Bane’s World is my favorite artist from my home city. He and I have always played music together and we kind of push off of each other for inspiration. Our music is kind of different but we both play all of the instruments ourselves when recording so I think there’s a mutual hunger to always get better and better.

I think that the band Part Time from San Francisco is really underrated. I have been listening to them since early high school and am surprised I haven’t seen them gain more attention. I love their music very much; it’s like a step into the 80’s in a dream. I’m not really sure who is overrated. Who am I to say really?

I would probably want to be Paul McCartney or something, just to see what it’s like to live this long after making such a difference in the music world and the world as a whole. It would be interesting to see what Paul McCartney does on a daily basis for sure. He probably does some fun stuff.

Love Serenade by Barry White. I haven’t really heard a song that is much sexier than that. Barry White seems to have captured that feeling in a lot of his songs, and god bless him for it.

The entire song “Wouldn’t It Be Nice” by the Beach Boys is probably one of the most beautiful songs I’ve heard for a few reasons. The lyrics are beautiful as well as timeless, the feelings conveyed are simple and yet are brilliant for that reason. The feeling of the song itself is amazing and I could listen to it over and over.

I’m not really sure where I would love to play. I am open to anything at the moment. I think for now, I’ll take the shows as they come and someday I’ll have an answer to that question.

You can find Max here:

By Nando Mahieu
The Doors kennen we allemaal wel, of het nu van het aanstekelijke “Light My Fire” is, of het beklijvende “The End”. De…