Having slowly perfected her craft in her home country of Sweden, the eccentric Gothenburg-based songstress, Nadia Nair is ready to reveal her debut album ‘Beautiful Poetry’ to the world. Having already gained support from the likes of The Line Of Best Fit and Wonderland with her incendiary single “Hardships,” Nair has lit the fuse for which to spark off an exciting 2016.

The first song Nair is sharing from the album is “Something Something Something”, a hypnotic interlude-type piece that encapsulates her love of mantra and poetry. It starts with a strong, lonesome melody against the humming of a gentle, melancholy organ that feels both solid and vulnerable. Nadia’s vocals are powerful and full of yearning, as she croons the wandering hook that could be searching its way through a desert as much as a blues club.

Written and recorded over a two-year period with no plan in mind, ‘Beautiful Poetry’ came together in an experimentation of sound, fusing Nair’s disparate influences in a way that she can only describe as “crushing borders.” Though she splays cultural vibrance through her mix of Swedish and Malaysian-Indian roots, she has continuously been placed in a box throughout her life; ‘Beautiful Poetry’ explores the death of these boxes, as Nair confronts her chaos, and turns them into harmonies. As such, this introspective debut is Nair’s reincarnation into her artistic form, simultaneously backward-looking and forward-thinking as she blends the past with the future to somewhat create Indian Soul.

Dreaming of bringing people together with her music and making them truly tune into their emotions instead of questioning what category it fits into, ‘Something Something Something’ is the perfect introduction into who Nadia Nair is as an artist. With the album finally ready Nadia Nair is set to have a huge 2016, and we all watch with bated breath as she continues her enticing journey.

So we asked Nadia some questions.

What is your all-time favorite song and why?
Oh hard one, I have so many… Either ‘Red Red Wine’ by UB40 cos it just puts you in the… mood. Or ‘I Will Always Love You’ by Whitney Houston. Probably that because it was the first song I loved so much and that I learned how to sing.

Which song is perfect for a road trip and why?
I’m not so good at choosing the right songs for these kind of moments. My friends always take over the role. So if I’d go alone it’d be The Cardigans – Long Gone Before Daylight album. It gets me thinking and singing.

To which song do you like to clean? And why?
I usually put on Indian music when I clean.  My favourite song to clean to right now is ‘Jab Chaye’ by Asha Bhosle. It just makes me happy and when I’m happy I get shit done.

What’s the perfect song to wake up with? And why?
‘Strictly Roots’ by Morgan Heritage… What can I say, reggae is just life! A perfect start to the day!

Who’s your favorite artist from your home city? What’s so special about them?Probably Little Dragon. Yukimi Nagano’s voice is just so enchanting, and their music is just so intelligent. It’s brilliant, beautiful and actually a bit nostalgic to me. It really makes me proud that we’re from the same city – Gothenburg.

Which artist do you think is underrated and which one is overrated? Why do you think that?
Hmm… I love a lot of underrated artists. Or so it feels but I don’t always know why that’s the case or what is underrated actually. I don’t always know what’s popular and what people are listening to so it makes it hard to know what’s underrated and overrated haha. I’ll just go with an artist that I love which my friends don’t listen to or haven’t heard of to begin with. Her name is Chelsea Wolfe. Love her work and would love for everyone to hear it.

If you could be one artist for a day, who would that be? And why?
Rihanna. Because I love everything about her. Her voice, her looks, her tatts, her energy… And to be able to perform BBHMM. Wow.

What’s the best song to make love to? (…to ask someone out?) Did you already use it?
Haha… I’m not a fan of making love with music in the background? but it has happened. I’d say anything with Rihanna.

What’s the most beautiful lyric you’ve ever heard? What’s so pretty about it?
The Lion’s Roar by First Aid Kit. It has so many lines that I hold on to. Especially one line:

It’s relatable to me. And it’s powerful, cocky and fragile all at once. Things I like in a song.

At which place would you love to play a concert? Why that place?
I don’t have a particular venue. I’d love to go to India or Malaysia to play because I still feel like I have so much roots to explore over there. I keep wanting to build bridges between people and cultures. We’re so focused on the West in this industry, I’d love to break free from that kind of vision a bit. 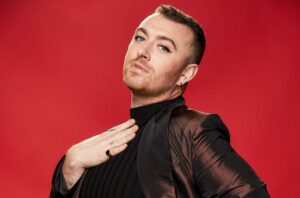 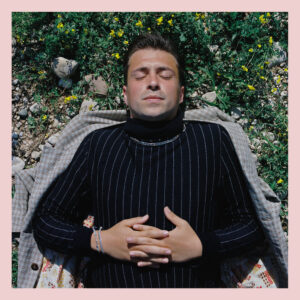 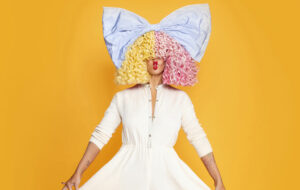