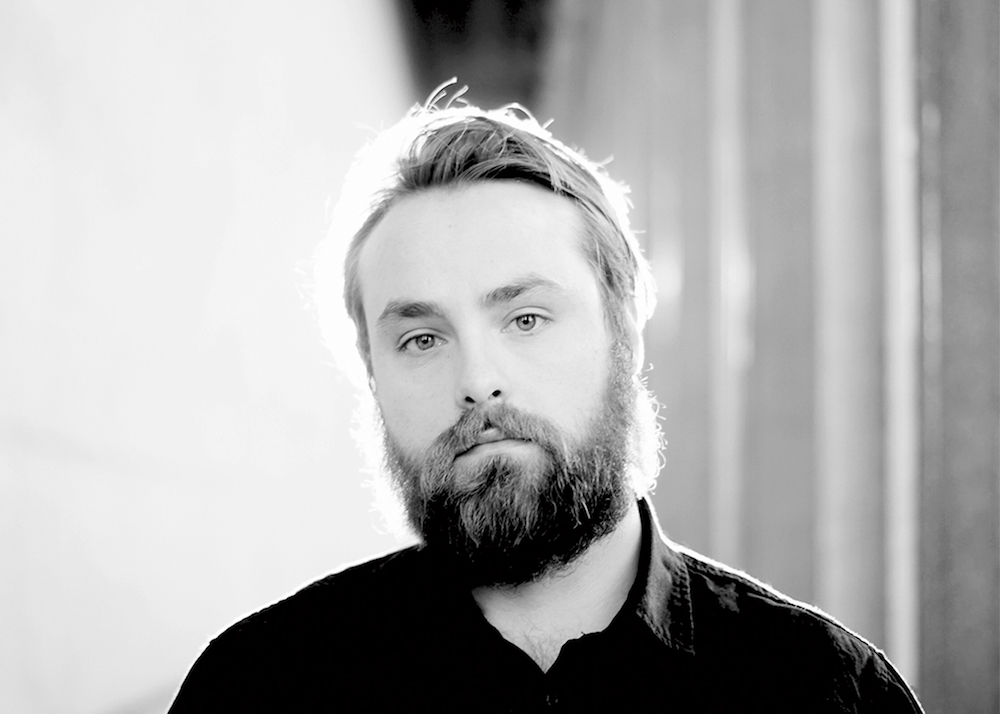 Singer-songwriter, Nick Nash, was raised in Utah along the Wasatch Front and is now living in Nashville, TN. With his debut EP “Fear of Perdition”, Nick Nash weaves profoundly honest lyrics with simple song structures to create relatable melodies which reflect the inner transitions from the darkness of doubt to the clarity of self-redemption. Rout with the rough edges of a mountain high-desert upbringing, with the grit of rural working class blood, founded in a hope of something larger than self, burdened with uncertainty that is exaggerated by imperfection, with yearning for familiarity, and smoothed with distance from mistakes of prior generations, “Fear of Perdition” is as complex as it is simple.

This is a tough one! I have two! For me it is about the moments and emotions that I attach to songs. I think at this time in my life, my all time favorite songs have to be “Question” by the Old 97’s and “Stable Song” by Gregory Alan Isakov. I attach a lot of meaning and feelings to these songs. With “Question” I played it to ask my girlfriend (now wife) to ask her to marry me.

With “Stable Song”, the night my daughter was born she was up crying and my wife told me to try singing to her to calm her. I was a new father and had no idea what I was doing! I could not for the life of me remember any children’s songs, so I sang songs I had been listening to and she loved “Stable Song”. It helped us bond in those early days and will forever be one of my favorites.

Both of those songs are gems, but it is the moments I attach to those songs that make them my favorites. I am forever indebted to the Old 97’s and Gregory Alan Isakov for writing songs that turned out to mean so much to me in my life.

“My Winding Wheel” by Ryan Adams from his album Heartbreaker. The guitar picking, with those organ swells…they just make me want to get out and move. The song really invokes that yearning of being headed somewhere through the middle of nowhere. That whole album, “Heartbreaker”, is really my go to long-drive album.

“11th Dimension” by Julian Casablancas from Phrazes for the Young. It is an upbeat and fun song. Cleaning is not the most fun activity so you need a fun song. That song does it for me.

This is an important one for me! Lately I have been waking up to “Gold Coast Sinkin'” by Blake Mills from Heigh Ho. The song has a good beat to it, but the beat is not harsh or overbearing. Waking up, I like to be woken up slowly, with a positive vibe and this song is one that wakes me up enough but allows me to hit the snooze for a few minutes until it comes back on. It just has a nice flow to it that I feel is conducive to how I like to be woken up haha.

Jay William Henderson. He played an integral role in my development as a songwriter and I think still does. I was a teenager when he was starting out and everything about his songs spoke to me. He taught a class about audio engineering at an after school program. I attended the program and every since learning about his music I haven’t been able to stop listening. The thing I think that speaks most to me is the emotion that he conveys in his vocal. The lyrics alone are phenomenal, however, the emotion he puts into those lyrics through his vocal is what moves me. Still a huge fan. Eagerly waiting for him to put something new out!

An artist I have really been loving lately is Andy Shauf. I know he is starting to really gain some traction, as far as I can tell, but I feel his stuff is super unique and needs to get recognized more. He blends some real cool ambient stuff into his music that I feel makes his tracks incredibly complex.

As far as an artist that is overrated, I don’t know haha. I am not one to throw shade when I can avoid it. So can I avoid it? Cool.

I strictly listen to my own songs for this…only my songs…haha just kidding! For anything romantic, my go to songs are “Let It Be Me” or “You Are The Best Thing” By Ray Lamontagne. Really anything that man has written will do. Let’s just say I have contributed to Mr. Lamontagne’s album sales revenue and streaming revenue.

“Ring the bells that still can ring…forget your perfect offering…there is a crack in everything…that’s how the light gets in” from “Anthem” by Leonard Cohen. That lyric is often quoted, however to me it truly is one of the most beautiful lyrics ever written. It is relatable on so many levels and I feel at some point in life everyone can connect with. A good reminder that we aren’t here as perfect entities and that our imperfections are often what allow the most growth. This is something that I feel for me is important to remember and to help teach my daughter…so I love this quote.

When I was 17 I lived in Sweden for a couple of months. Since then I have wanted to go back and often find myself looking for cool places to visit in Sweden. One day in my searching, I found an article about a venue called Dalhalla. I grew up outdoors in the mountains of Utah here in the states. I love connecting with nature and would love to be able to play a venue that is so integrated into the natural landscape.