Behind Julian Azar stands Stockholm based producer and musician Patric Julian. Pet Shop Boys, Depeche Mode and Michael Jackson being the soundtrack of his childhood, meeting his passion for artists like Years & Years, Jamie xx and Foster The People paved the way for ambitions within music touching on indie and disco aswell as techno.

Julian just released his newest track “Givenchy Ghosts”, we asked him some questions.

This question is absolutly impossible to answer, there are to many great songs. But I guess, even though I don’t listen to it so much these days the song “First Class Riot” by The Tough Alliance is my all-time favorite song. It has formed my whole musical carrier and has been sort of an anthem to who I am.

It depends on where the roadtrip is taking you, if its a low key situation in the car I would say that Jamie xx’s Sleep Sounds is a perfect roadtrip song. If it’s a more uptempo vibe then the song “Monster” by Yung Lean is amazing.

I always had a thing for cleaning to the whole “The year of hibernation” album by Youth Lagoon, it’s so peaceful and if I have to choose one song from that album I have to say “Montana”.

I could mention maybe ten Foster The People songs that works as a perfect wake up song, “Waste”, “Pumped Up Kicks”, “Call It What You Want”, “Don’t Stop”, “Houdini”, “Coming Of Age” and so on but the best one of them is “I Would Do Anything For You” – the “Ooh la love, I’ve fallen in love / And it’s better this time than ever before” – if you wake up with that anthem and also are feeling that way then you’re a winner all day long.

This is though since my hometown didn’t really gave me anything when it came to music. If I say that Stockholms is my home city then a wider spectra of artists kick in, and this is almost as hard as choosing a favorite song, Stockholm is such a good place for new music. Maybe Tove Lo? Maybe Little Jinder or why not Veronica Maggio. They all have a way of writing music that you can relate to and creating songs that works as everyday anthems.

I think that Purity ring is underrated even though they are huge as a band, their songs are perfection right through. I remember the first time I came in contact with their music, it was a live performance and I was so hungover but after a couple of minutes I was completly in love with them. An artist that is overrated, unfortunatly, is Justin Bieber, I mean I love his music especially the latest album but after seeing him live I was so dissapointed. He could lend some of his hundreds of million streams to Purity Ring and when all of his young fans grow up they can converte to the purity ring(side) instead.

Haha ok, so this might sound a bit selfish but I would be the artist Tkacuk, since he’s my producer and by being him I would get a chance to work with myself, would be so interesting to see how I act on stage and in the studio.

The song “I Fell In Love” by Gidge is probably the best song to fall in love to, there fore also a good candidate for that other part. I might have used it, I might have not, but the only thing that matters is that when you’re together with someone special a magic moment appears around 3:40 into the song.

Beyonce – Halo is absolutly the most beautiful lyrics I’ve ever heard. How she describes the whole journey from being vulnerable to being in love. Its such a perfect way of describing love from my aspect.

If I could get like a hundred thousands of people to come to Västerås (where I grew up) in Sweden to see me perform a liveshow that would be the most amazing feeling, there is something special to take what you create and to head home. 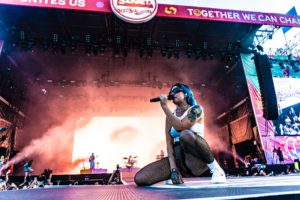 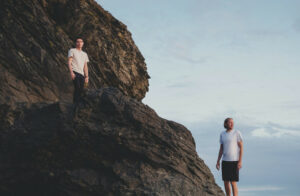 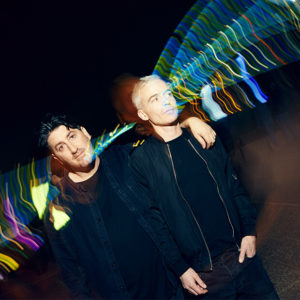