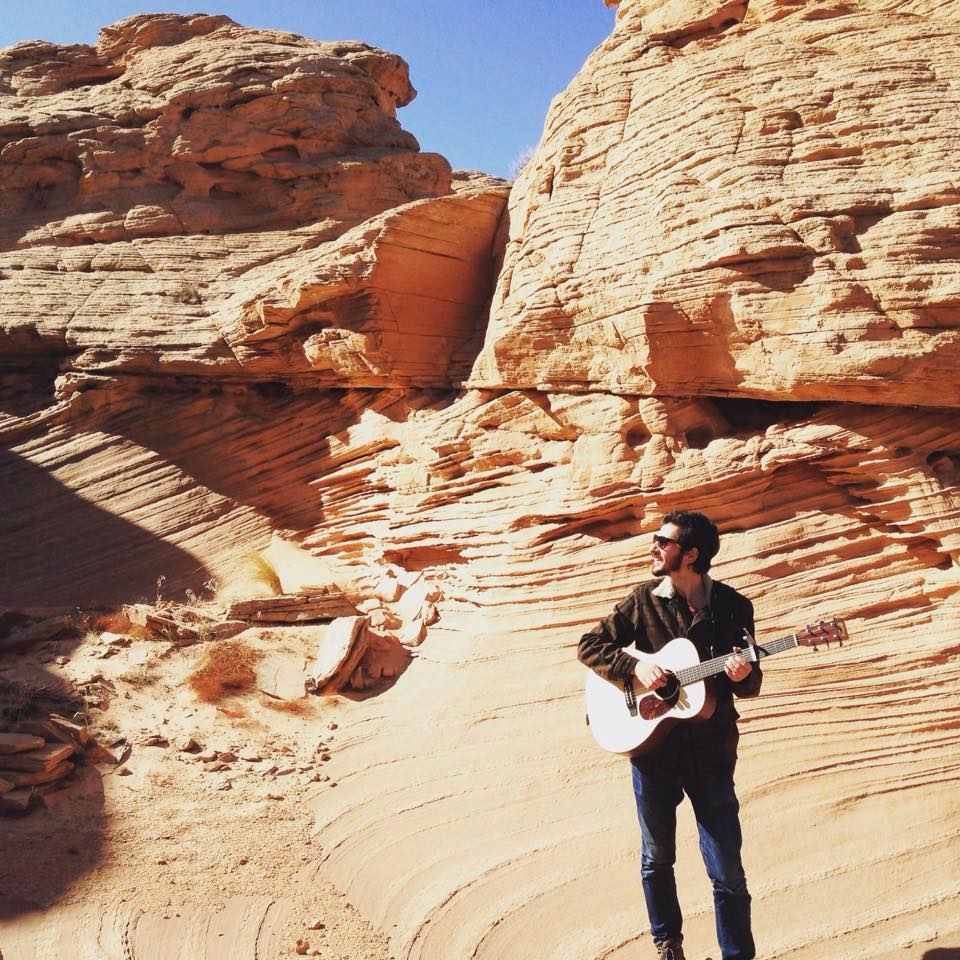 Ivory Tusk is Argentine singer-songwriter Ezequiel de Lima in solo folk one-man band mode, in which the songs rely solely on his voice and acoustic guitar. Inspired by artists such as The Tallest Man on Earth, Jose Gonzalez, Nick Drake and Shakey Graves, his style features extensive guitar finger-picking and alternate tunings.

Previously, he was the songwriter and lead guitarist for the indie rock band Blak Lyons, where he learned the harsh reality of his English written songs on the local scene in Buenos Aires. Feeling alienated and allured by his American folk influences, in January 2016, he embarked on his first solo tour through the Southwest USA.

To finish the successful 3 month tour, there was a lengthy stop at Nashville. On one of the performance nights, he met Harrison Brougham who, in a movie-like anecdote, offered him free studio time at the Art Institute of Tennessee on a napkin. In one afternoon, they recorded 5 unreleased songs, in single live takes, with no edits and minimum overdubs. These songs were released in an EP called “Zephyr” on July 12th. 2017 will find Ezequiel promoting the EP through an European tour.

We asked the Argentinian guy some questions and he told us he hopes to play in Belgium some time soon, cool.

These are hard questions… haha… I have a lot of all-time favorites, but I will say Whispering Pines by The Band, just because I want to mention The Band as one of the greatest groups of music ever. The expression in Richard Manuel’s voice, with the beautiful melancholic lyrics and haunting sound, makes it one of my favorites.

Eddie Vedder’s soundtrack for Into The Wild is my go-to music for a road trip. It just perfectly complements with the idea of letting go and traveling.

I need something upbeat to do that, so I have to choose Buena Vista Social Club. It makes you stand up and be active. “El Cuarto de Tula” is a great upbeat song.

I use an annoying alarm to wake up, because using one song to wake up would make me hate it forever after a couple of days. If I have to choose a song it would “You Got What I Need” by Freddie Scott. It makes me happy. I try to listen to different music every day, just try and discover new things.

There’s a great music scene in Buenos Aires, but I’m a little out of touch of what’s happening. I will say Amalia Amapola and Velo, which are two projects by some friends, which I’m very happy to see that are growing a lot.

There’s a swedish musician called Daniel Norgren. He’s doing pretty well, his songwriting is incredible and I wish more people knew about him.

It would be interesting to see how a day in the life of Paul McCartney is. Just an amazing life and such a legend.

I don’t usually listen to music in those moments…

This one is too hard to answer too. I really enjoy The Tallest Man on Earth’s lyrics because they are criptic and open to interpretation, but this one is very sweet and honest:

Next year I’m touring Europe and I would love to play on those outdoor festivals that seem to be everywhere, especially those far from the city where nature plays a big role: top of a mountain, inside a forest… that kind of places.

You can find Ivory Tusk here: