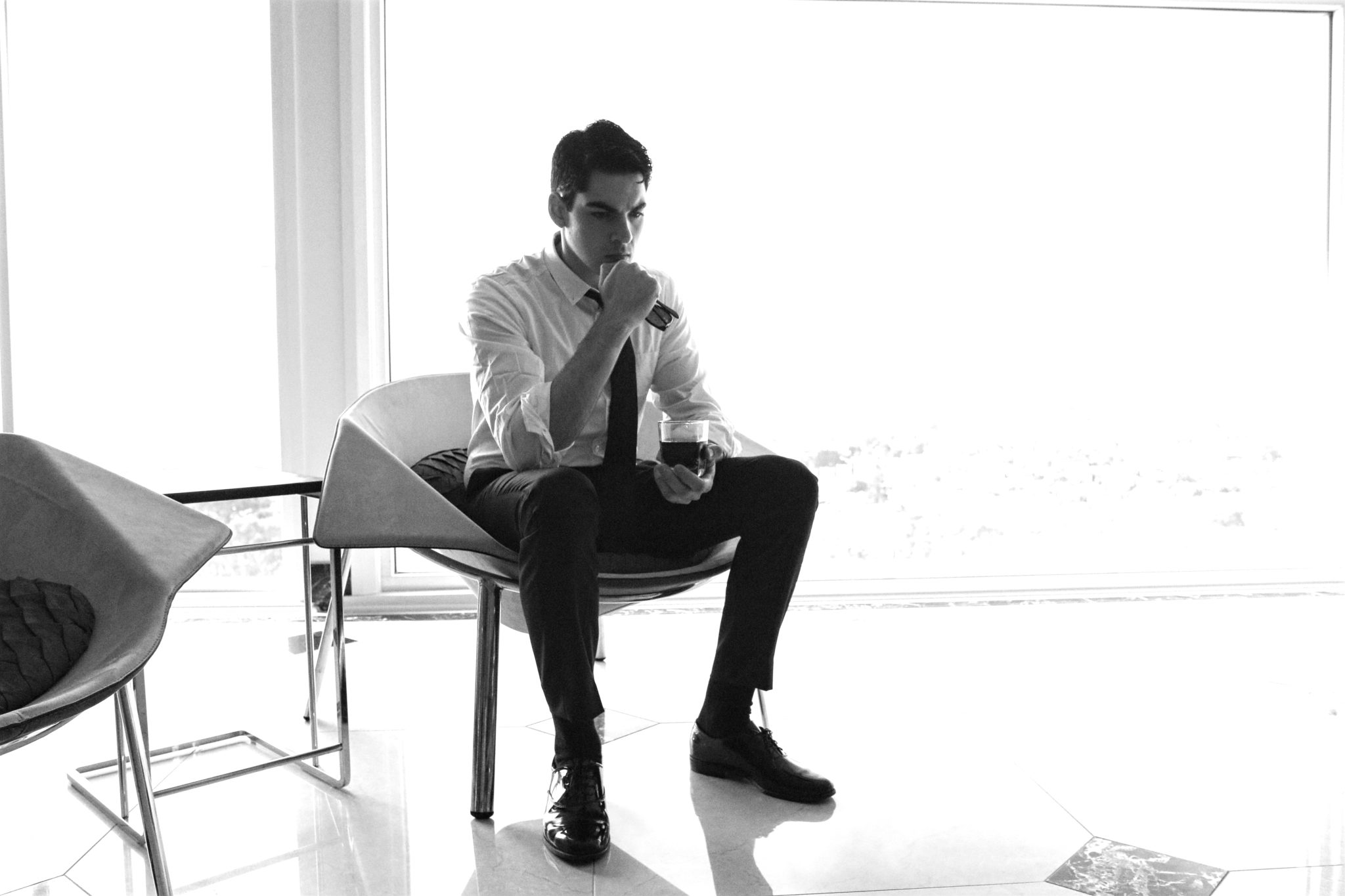 John Klezmer, also known as, “KLEZ”, is an Indie Soul/R&B singer songwriter from the Bay Area. KLEZ was raised playing multiple instruments and listening closely to his family’s music collection, which included the likes of Otis Redding, Marvin Gaye, Bill Withers, Smokey Robinson, and the Motown and Stax legends who paved the way for generations of Soul and R&B artists to come.

In his early teens, KLEZ took his immense love of soul music and began developing his own original sound. Over time and through introspective soul searching and life experience, KLEZ honed his skills as a lyricist, composer and performer. As the story goes, KLEZ spent his summer of 2015 not at the beach or on a party vacation like his college mates, but holed up in his home studio writing song ideas, making sketch demos and finding his true musical identity while vibing on his favorite soul classics.

He released his debut-EP on June 6th. “Here Right Now” was written and recorded by KLEZ with writer/producer, Roger Gisborne a British transplant, based in Los Angeles. Gisborne describes KLEZ’s sound as, “indie soul featuring effortless, smooth falsettos reminiscent of old Motown greats, fused with organic instrumentation and electronic elements over a sonic soundscape of beat driven production.” With regard to the songwriting, he states that, “The music is thought provoking lyrically and melodically captivating, with stunning choruses, evoking artists such as Hozier, James Blake and Son Little.”

This EP full of soul and big jams is the reason we decided to introduce him to you with some questions.

My favorite song tends to change pretty routinely, but given the state of things, I can’t get enough of Marvin Gaye’s “What’s Going On?”. I was raised listening to a lot of Marvin Gaye’s music, and I feel like this song in particular has remained so very relevant. From the lyrical content to the melodies, everything about “What’s Going On?” is so spot on. It’s music that you can not only hear but also feel, and I can’t get enough of it.

I mean…anything by Stevie Wonder is the correct answer in my books. To be more specific, “Superstition” is my jam. The song has such a strong groove and I always find that Stevie Wonder’s music really cheers me up, which is convenient because driving and driving around LA specifically, tends to bring me down. hahaha. I’m pretty sure that’s the case for everyone though, or at least most people.

I’m not gonna lie, Quincy Jones’ “Soul Bossa Nova” keeps me going when it comes to cleaning. Gotta keep the music upbeat when you clean, otherwise you never end up finishing the job, or you realize that what you thought was cleaning product on the ground is actually your tears. One thing leads to another and you start thinking about your ex and all the mistakes you made, did I need to eat that donut?…probably not. You see what I’m saying? Thanks but no thanks. That’s why I make the right choice and just keep my spirits high.

I prefer to wake up to Outkast’s “Ms. Jackson”, because though I hate waking up in the first place, everything about this song shouts groove and nostalgia for me, so it’s a nice way for me to ease into my day.

Only one artist from my home city really took off and that’s Jay Som, so I really can’t draw any comparisons to other local artists. Luckily, I think her music is lovely and I highly suggest that you take a listen as soon as you have the chance to do so.

I think that Son Little has got to be one of the most underrated artists and it absolutely kills me. I work as a college radio DJ, and I remember the first time I heard Son Little’s “Your Love Will Blow Me Away When My Heart Aches” and thinking, damn this is so strong and genuine, why isn’t this guy more well known. Don’t get me wrong, he’s still signed to ANTI Records and has received placements for his music, so it’s clear that he’s doing well, but I have yet to hear people mention his name or music when talking about solid current artists and it kills a part of my soul.

Asking the question as to who is overrated feels so easy, because there are so many artists who fall into that category. That being said, I would have to say that Ed Sheeran has got to be one of the most overrated artists. The guy just doesn’t come across fresh to my music palate and people try to call that cat a soul singer sometimes and it kills me. Why is this dude on soul radio, and why has no one mentioned that his song “Thinking Out Loud” sounds like a rip off of Marvin Gaye’s “Let’s Get It On”? I mean seriously though, of all the lawsuits, that one gets overlooked…sorry for the rant, just keeping it honest. hahaha

I would be Tyler The Creator for a day. Though I don’t fall into the same genre of music as him, I have a lot of respect for that cat and the amount he has accomplished at such a young age. Seriously though, how many 25 year olds do you know who have made there mark in television, fashion, music, etc, all while knowing how to have a good time. I’d love to just be able to live one day in his shoes and experience the whole lot.

I’m not trying to be too indecisive, but instead of choosing one song, I’m just gonna go ahead and say that Gallant’s album “Ology”, in it’s entirety, is what you want to be listening to when doing anything where romance is taking place. I have definitely played his music in the background while doing my thing and I suggest that you do as well. You can thank me later. 😉

I have yet to encounter one lyric that has stood out more than the others, but I can tell you that I’m a huge fan of Frank Ocean’s lyricism. His ability to artistically incorporate double entendres and make it seem like effortless poetry is absolute perfection. Hats off to you good sir, you’re definitely the wordsmith of the common era.

I used to think that there were specific venues that I had to play before death, but I now see how very wrong that concept is. I’ve come to learn that it’s the people inside the venue that really make or break an experience. Don’t get me wrong, there are some awesome venues out there with fantastic crews, but if the audience isn’t present or engaged, then the performance lacks. It’s like asking what car you would drive on a road trip, if you could have any car in the world, but who cares about the car if you can’t stand the people inside of it.

Nieuwe single Tyler, The Creator - "Tell Me How"