VENIOR is a 21-year-old singer/songwriter/producer, who was born in Finland but currently resides in London. For the last couple of years VENIOR has been travelling around the world from LA to Stockholm and Berlin to Helsinki producing music and collaborating with other songwriters, producers and DJ’s.

The first taste of VENIOR material, bubbly “Monkey With Me” was released on Soundcloud in April, and her first ‘official’ single “Sugar Rush” came out in September. The song showcases VENIOR’s amazing voice and her ear for huge pop choruses. VENIOR mixes electronic pop with a splash of hiphop and strong yet playful lyrics. Think Mø, Grimes or Elliphant.

In the beginning of 2016 we’ll see a lot of new VENIOR songs coming out – both her own and as a featuring artist. Stay tuned.

Venior is really a special gem that needs to be discovered right now, because in the future she’s gonna be huge. That’s why we are gonna introduce her to you, yeahhh!

Definitely ‘On top of the world’ from Imagine Dragons. I have so many memories to that song with my friend and I driving around, it’s awesome! Just the right vibe to roll down the windows and feel like you own the world.

I have to say I don’t clean a lot..but if I do I’m probably listening to ‘Bitch Better Have My Money’… You need some dope-ass attitude if you’re gonna sweep the floor and clean the toilet.

‘Chocolate’ by the 1975. I’ve loved the vibe since the first time I heard it. It just makes me feel really good!

I’m from a really small town with 9000 people, but there are actually a few artists from there. I guess my favourite would be a hiphop artist called Redrama. I was listening to him quite a lot in secondary school. He even played a show at our school haha.

I don’t understand why Angel Haze isn’t bigger. She’s dope. A million trillion times better than all these macho, wanna-be-cool male rappers. Like Lil Wayne or Tyga for example. I mean, I love rap but not when it’s all about fucking bitches and smoking weed. And it’s just so funny how they’re talking as if all those women really give a shit about them. I think not…It’s disgusting how a lot of male rappers get so much respect for being creepy and sexist while a female who are so much better don’t get the same. It makes me angry.

Björk. I just want to go inside her head and see where all that comes from…She’s probably the most interesting artist all times… I’d also really like got to Iceland haha.

Probably ‘Tonight’ by Lykke Li…Haven’t tried it but I’ve kissed someone to it for sure.

I’m dying for the lyrics in Coldplay’s ‘Fix You’. “And the tears come streaming down your face when you lose something you can’t replace when you love someone, but it goes to waste” It’s just really emotional and sad but at the same time hopeful. I can relate to that feeling a lot.

It would be awesome to have a concert on a rooftop in New York! With a view over the whole city. That would be so cool. Have to do that!

You can find Venior here: 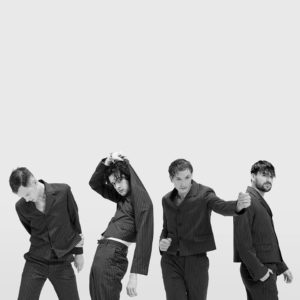 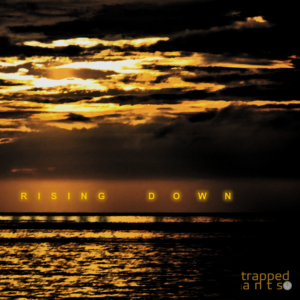